New Myponga plantings to bring birds back from brink


A project aimed at bringing two endangered bird species back from the brink is under way on the shores of the Myponga Reservoir, with an exciting collaboration between SA Water, the Hills and Fleurieu Landscape Board and the Department for Environment and Water. 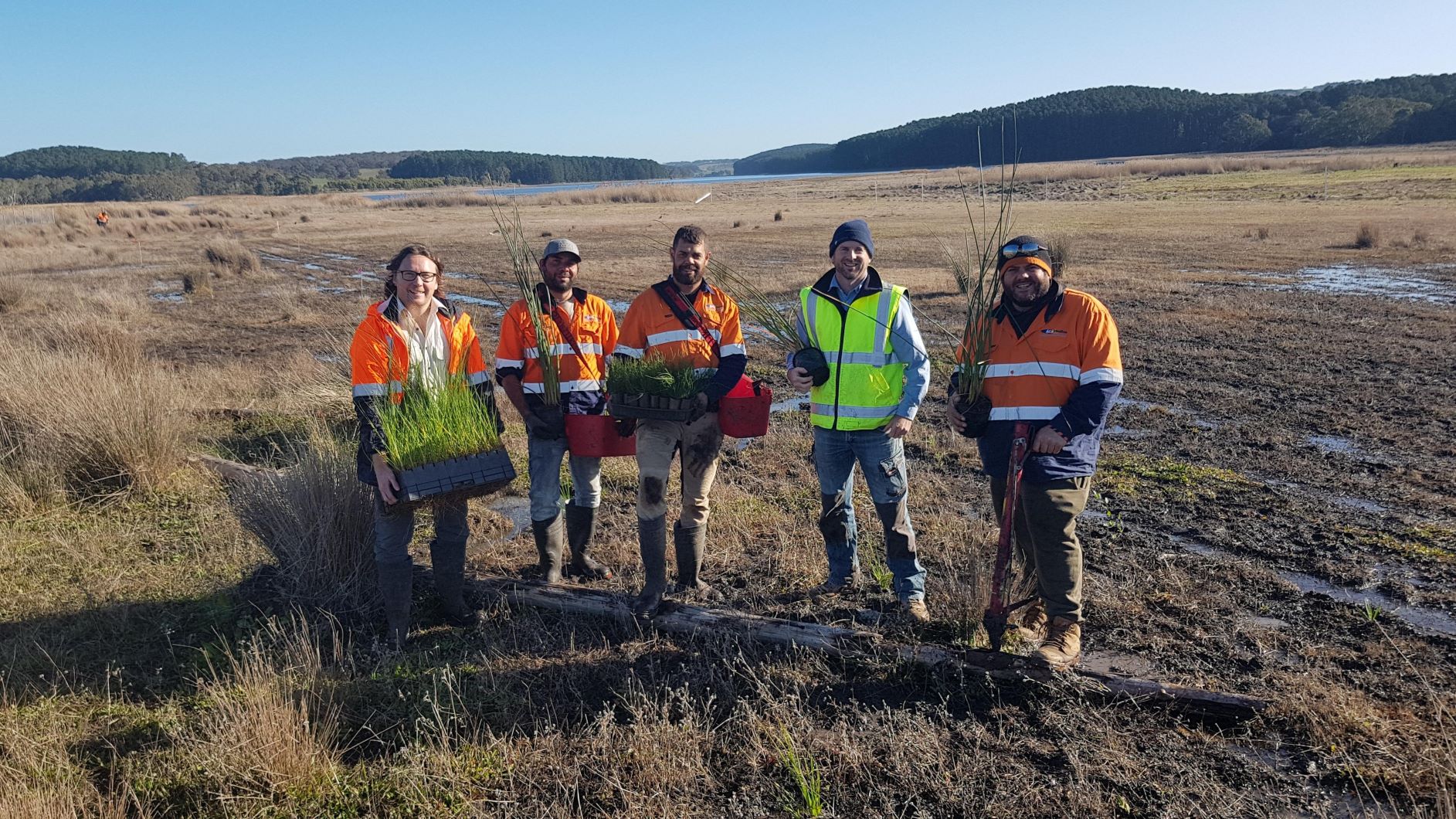 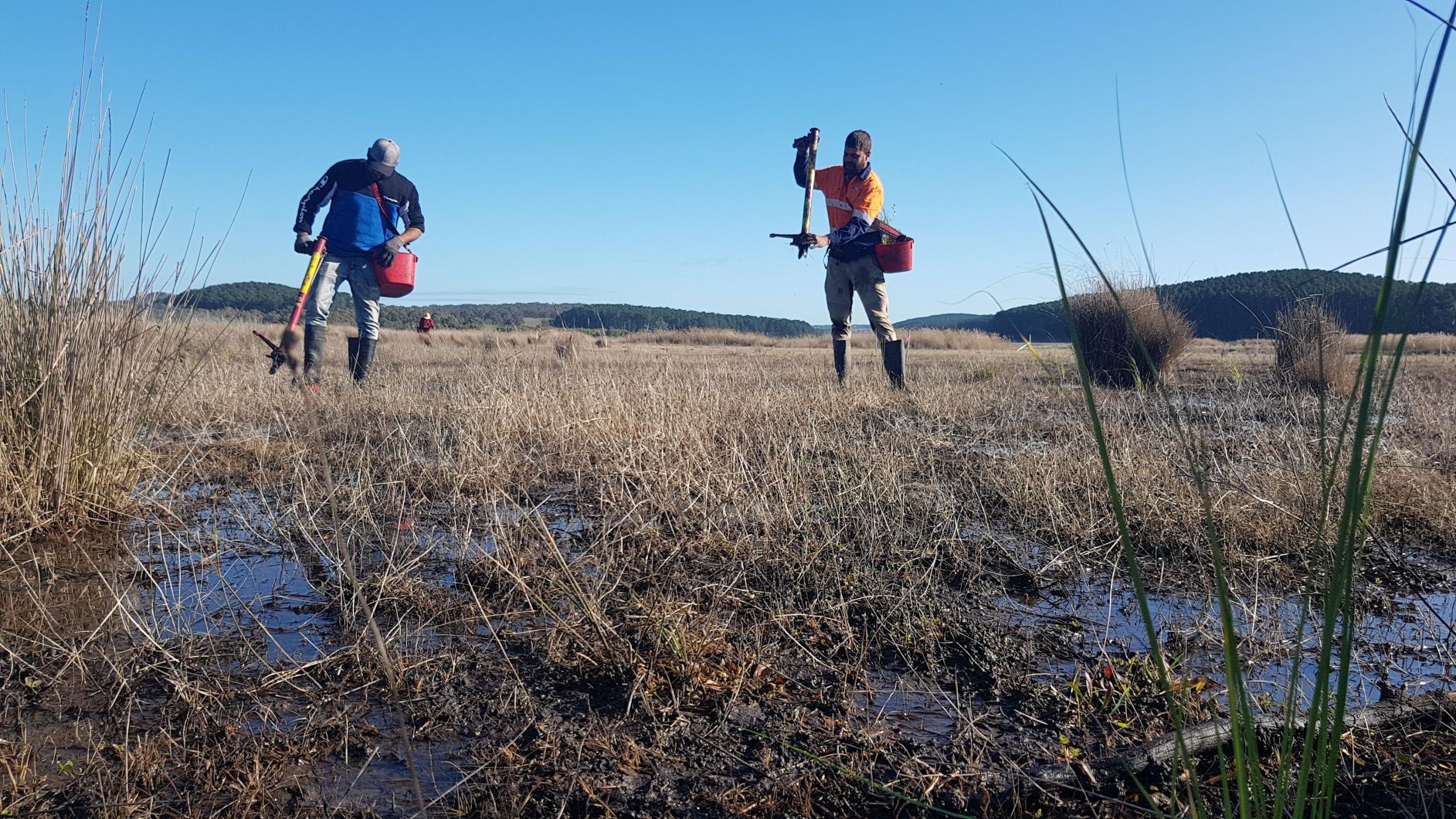 Working with emerging local business Aboriginal Cultural Arts – Environmental Services, more than 14,000 plants of 18 different species, have been planted on the wet flats of the reservoir’s inlet to recreate the birds’ critical habitat.

Included in the planting is nationally endangered Mount Compass Oak-bush, to establish a new population of this important plant species.

The habitat restoration project is aimed at providing a future safe haven for the nationally endangered Australasian Bittern and Mount Lofty Ranges Southern Emu-wren, two bird species found on other parts of the Fleurieu Peninsula that will hopefully, be attracted to the purpose-planted 4 hectare site.

Hills and Fleurieu Landscape Board Ecologist Luke Price said the low-lying flats of the Myponga Reservoir inlet and ephemeral drainage channels are suitable for establishing native vegetation and will increase the total area of habitat for these species.

“Carefully selected native species are planted in patterns to establish a dense, low heath and sedgeland that will thrive under conditions of periodic inundation,” Mr Price said.

“This new habitat area is expected to give local populations a fighting chance to recover and help reduce the risk of extinction.

“The Mount Compass Oak-bush is endemic to South Australia and restricted to the Fleurieu Peninsula so its planting is a unique opportunity to establish one of the largest surrogate populations of this species in the world, expanding its extent of occurrence and greatly reducing its risk of extinction.

“This is only the beginning, as the establishment of this project area will provide the right conditions for future plantings of several other species of threatened plants that exist in wet habitats.”

To enable the successful establishment of the plantings kangaroo exclusion fencing has also been installed.

SA Water Vegetation Services Specialist Shaun Kennedy said it was exciting to be working collaboratively on the project, which visitors to Myponga will be able to see.

“About 30 per cent of our region’s flora and fauna species are in slow decline, mostly due to land clearing and degradation of the habitat that remains,” Shaun said.

“We know that simply setting aside land for conservation is not enough, with active enhancement and habitat reconstruction urgently required.

“This project is an exciting collaboration between SA Water and the Threatened Fauna Ecologists from Hills and Fleurieu Landscape Board to reconstruct wet heath and sedgeland vegetation that has all but vanished from the Fleurieu region.

“What’s more, both organisations are proud to be working with an emerging and energetic business in Aboriginal Cultural Arts, which is stepping up to the challenge of preserving our shared natural heritage.”

This project is jointly funded through the Australian Government’s National Landcare Program, the Adelaide Hills and Fleurieu Landscape Board’s ‘Back From the Brink’ project and SA Water.